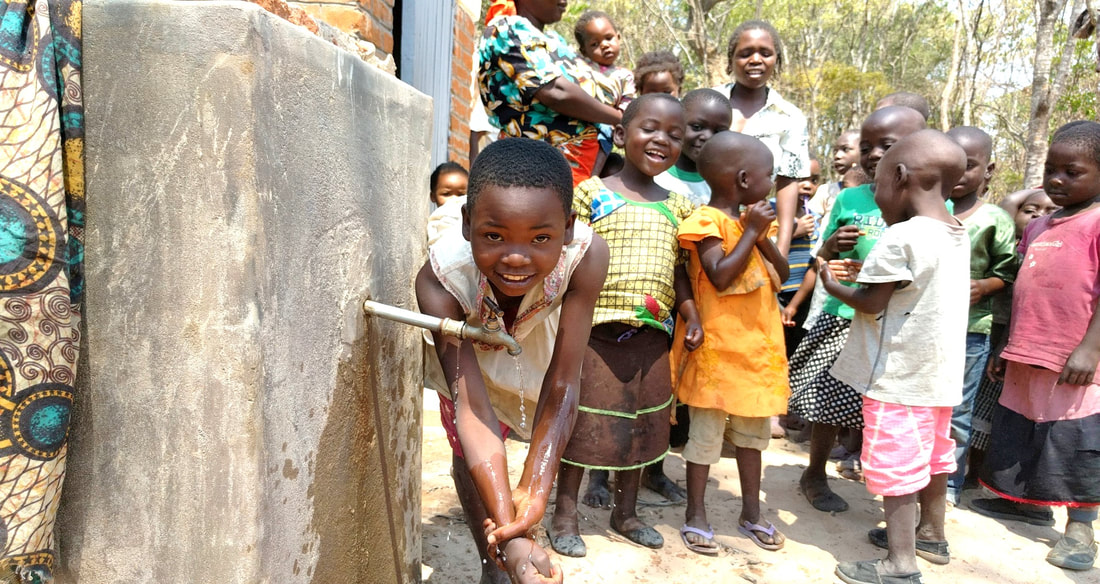 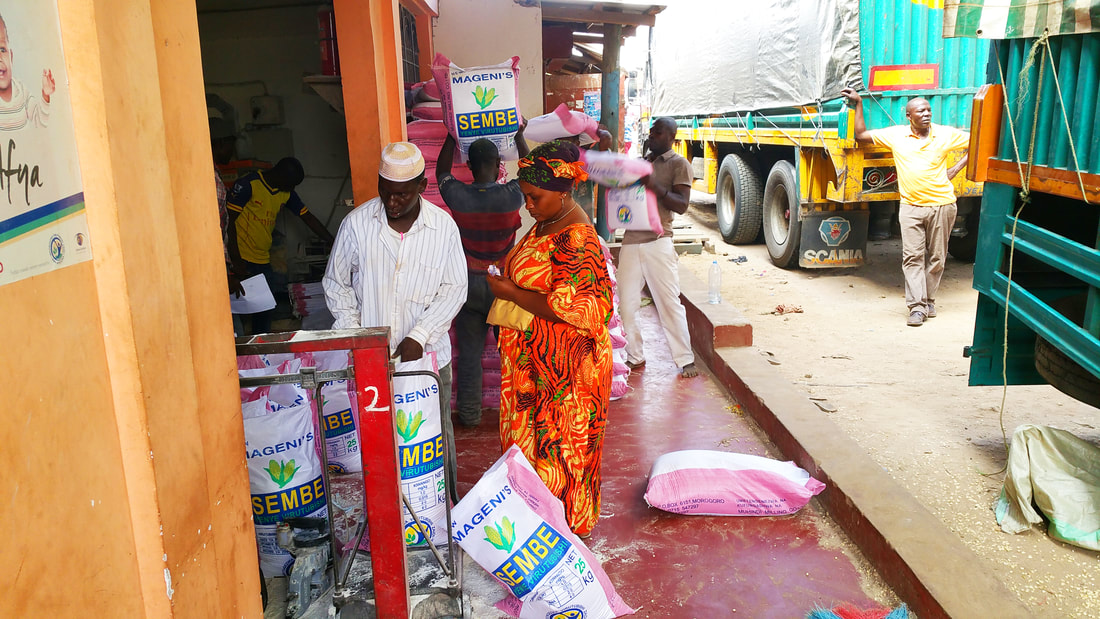 Beneficiary mills sell fortified flour in pink bags with the official fortification logo. Millers confirm that the eye-catching colour and high quality bags help differentiate their flour from competitors and increases sales
Despite the increasing adoption of large-scale fortification programs throughout the developing world, the majority of individuals living in rural and remote areas do not have access to centrally processed foods. 95% of the Tanzanian population rely on small maize flour mills for 60% of their daily calorie intake. Sanku has developed a one-size-fits-all dosifier machine, currently used to fortify maize with key nutrients in over 200 small-scale Tanzanian flour mills.

By bulk buying and then reselling empty flour bags to millers, Sanku is able to generate revenue and thus provide micronutrients to millers for free, thereby offsetting the cost of fortification for millers in a sustainable manner.

Through this project, Sanku will expand throughout Northern Tanzania with the aim of:
​

One of the 250 keyhole gardens that will be constructed as part of this project. Seasonal survey data reveals that keyhole gardens heavily increase the production, diversity and consumption of vegetables. According to Terre des hommes, at baseline, 70% households consumed vegetables that they produced; after two years of keyhole gardening, consumption of vegetables by the households increased to nearly 90%.
34% of rural children under five years-old in West Bengal suffer from stunting, 22% from wasting and 25% of women of reproductive age have a body mass index (BMI) below the recommended cut-off value of 18.5 kg/m2.

Some of the changes that Terre des hommes hope to achieve during the grant period include:
Completed
Although Gujarat is one of the richest states in India, according to the National Family Health Survey 2015-2016, more than a third of Gujarati children suffer from chronic malnutrition (39% stunted), and more than one-quarter suffer from acute malnutrition (26% wasted). This project attempted to tackle this issue by serving PATH’s fortified Ultra Rice® in school lunches in Ahmedabad via the government’s midday meal programme.

Thanks to this project at least 129,000 children are receiving the benefits of sustained delivery of vital micronutrients such as iron, folic acid, vitamin A, and B complex vitamins.

According to the independent endline evaluation report:

​
The beneficiary kitchen continues to serve fortified rice, the Government of Gujarat plans to scale up the incorporation of fortified rice in the mid-day meal scheme within Gujarat and the Government of India is exploring its incorporation into other government safety nets.
The Kishanganj and Shahabad blocks of the Baran District, Rajasthan have experienced high rates of severe acute malnutrition-related mortality and morbidity. A survey conducted by Action Against Hunger in the Kishanganj block in June 2014 on children between 6 and 59 months revealed an overall prevalence of global acute malnutrition of 33.7% and severe acute malnutrition of 7.6%.

This project attempted to tackle acute malnutrition by improving knowledge and understanding within the community through an assisting behavioural change strategy and by strengthening the mechanisms for timely identification, treatment and monitoring of children with severe acute malnutrition.

During this one-year period, Action Against Hunger:
Tanzania suffers from high rates of micronutrient malnutrition with one third of children deficient in iron and/or vitamin A (as per Micronutrients: Results of the 2010 Tanzania Demographic Health Survey). One of the most cost-effective solutions for improving intakes of essential vitamin and minerals is the fortification of staple foods and condiments. Tanzania has a mandatory wheat and maize flour fortification programme. However, low capacity to produce and monitor these foods is limiting the programme from benefiting vulnerable populations to its full potential. This project aimed to strengthen Tanzania’s food quality monitoring and processing capacity thus improving access to adequately fortified foods.