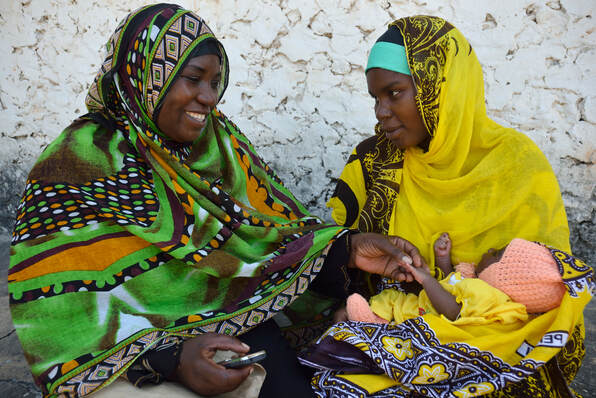 Credit: Mark Leong
Since 2011, D-tree International has been training and supporting community health volunteers (CHV) in Zanzibar to provide maternal, newborn and child health care, with the assistance of digital technology.

The Zanzibar government has now incorporated D-tree International’s digital CHV programme into the formal health system at a national level. Since 2018, D-tree International has worked alongside the Ministry of Health to design and roll-out the CHV programme, named Jamii ni Afya (Community is Health). Once fully scaled, the Jamii ni Afya programme will ensure that all of Zanzibar’s 1.6 million people can access high quality health services.

D-tree has asked the James Percy Foundation to support the roll-out of the Jamii ni Afya programme in Zanzibar’s Central district. During the 3-year project, D-tree will train and support 122 Community Health Volunteers and 15 supervisors to use digital tools, with the aim of improving maternal and newborn health, nutrition, early childhood development and immunisation tracking.

Through its work in Central district, D-tree International hopes to: 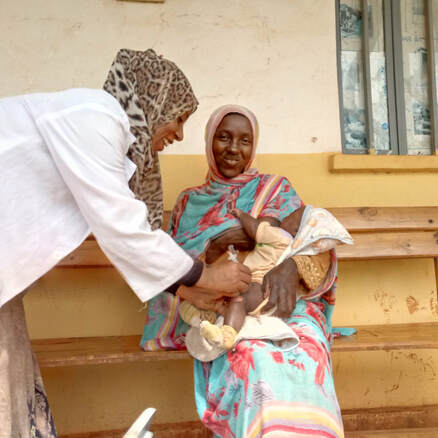 Utilisation of family planning is also low in the targeted regions, even though it is evident that by reducing the number of unintended pregnancies maternal mortality rates decrease. According to EDHS 2016, about 29% of married women in Oromia and 21% in SNNPR have an unmet need for family planning; the proportion of women who want to limit their childbearing is highest in SNNPR and Oromia (at 40% each).

This project aims to address limited access to, and the low quality of, maternal, neonatal and child healthcare as well as family planning in the Kofele woreda, Oromia region and Aleta Chuko woreda, SNNPR, Ethiopia.

Key activities will include (i) training (or retraining) all Health Extension Workers in the target area on integrated community case management of malaria, pneumonia and diarrhoea, on immunisation, and on family planning; (ii) community mobilisation sessions and orientation meetings with religious and clan leaders on institutional deliveries, family planning and child health; (iii) provision of immunisation defaulter tracing and referral tools, as well as colour coded health calendars; (iv) creating/improving linkages between health posts, health centres and referral hospitals for obstetric and newborn care,(v) training two nurses from every health centre on basic emergency obstetric and newborn care; (vi) improving data quality through training, and data quality audits; and (vii) Improving quality of care through supportive supervision and performance reviews.

Some of the changes that IRC hope to achieve during the second year of the grant period include:

Uzazi Uzima II, meaning ‘Safe Deliveries’ aims to address this by increasing the use and availability of quality maternal and new-born health services within the Simiyu region. Examples of activities supported by this grant include:

Lottie, Medical Technician in-charge, washing his hands before treating a patient at Chamwabvi Health Centre, Kasungu, Malawi, November 2017. Chamwabvi Health Centre is one of the health facilities that prompted WaterAid to develop the Deliver Life project. How the health facility failed to sustain itself to the point of having patients and guardians bring water simply to keep things running was a sad sight to see. There were also a lot of cases where women would deliver and not have water to clean themselves, which posed a serious risk of sepsis infection. WaterAid staff were happy to witness how happy the staff members were in having running water, especially in the maternity ward. Before this project some had applied for transfers but are now happy to stay and serve the community. Having water at the facility has made a huge difference. Photograph courtesy of WaterAid/Dennis Lupenga.
According to WaterAid only 25% of health clinics in Malawi have access to clean water, 8% have no toilets at all and 54% do not have waste receptacles. As a result, clinics are not hygienic and midwives are unable to wash their hands between deliveries, increasing the risk of bacterial infections, often fatal for mothers and newborns. This project focussed on delivering water, sanitation and hygiene (WASH) interventions to  health clinics and communities in the Nkhotakota, Kasungu and Machinga districts of Malawi.